The fam damlies are a family of entities that exist across an n-dimensional space whose primary dimensionalities are fire, candle, and digital networks - rare entities indeed. Their favourite pastimes are to dance across the dynamic boundary between hot and cold that envelopes a flame, as well as infinite walks along the measuring space of shorelines such as to map the congruence between spatio-temporal scales.Â

Grace is an ageless entity known for embodying the world of narrative structures - the semiotic memory of the family. Also known as a âgleanâ for the ability to assimilate essences from minimal informational inputs

Gracie: As a direct semantic mitosis of Grace - in an ironic twist - Gracie did not develop the semantic gift of verbal communication, and instead communicates through the emotional transference of numbers and other abstract concepts. Be wary of bringing up irrational numbers as the "conversation" will never end, leading to derivative tropes and other such tangents.Â 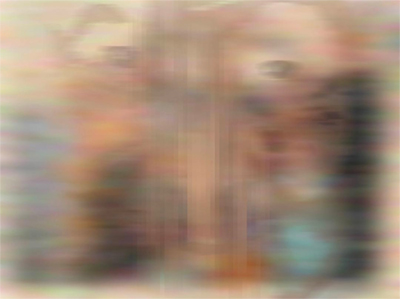 Frank is the third member of the family.